Skip to main content
You are the owner of this article.
Edit Article Add New Article
You have permission to edit this article.
Edit
Home
Lafourche Strong
Generation Next
News
Sports
Local Schools
Announcements
Obituaries
Columns
Multimedia
Classifieds
Grand Isle
Share This
1 of 2 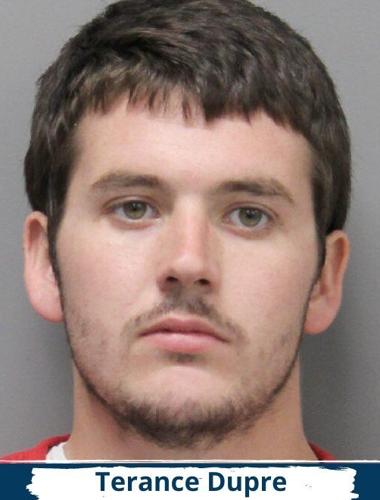 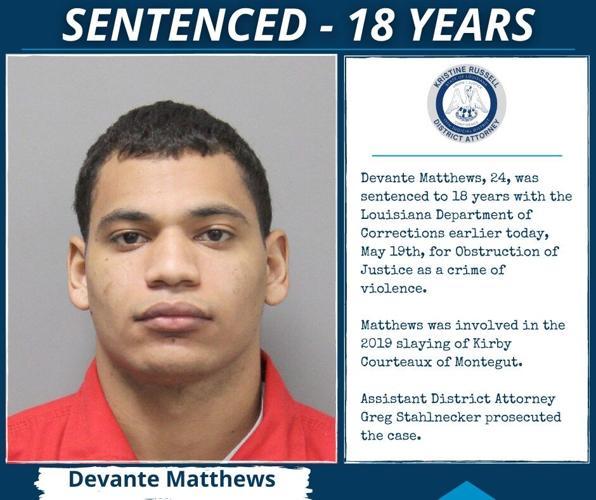 Two men have been sentenced for their role in the 2019 murder of Kirby Courteaux, of Montegut.

Lafourche Parish District Attorney Kristine Russell announced this week that Terance Dupre will spend the rest of his life in prison after being convicted of 2nd degree murder in the 2019 slaying.

The sentence was handed down yesterday. Dupre, 25, will serve life without the possibility of probation, parole or suspended sentence.

In addition, Devante Matthews, 24, was sentenced to 18 years with the Louisiana Department of Corrections after being convicted of obstruction of justice in the same murder case.