A local priest is going to be the next rector/president of Notre Dame Seminary.

Reverend Joshua J. Rodrigue earned the nomination today after the Board of Trustees approved him. He will begin in his position on July 1, 2022.

After much prayer and discernment, which included consultation with bishops and the seminary Board of Trustees and faculty, Archbishop Gregory Aymond, the chancellor of the seminary, announced the appointment.

"Fr. Rodrigue comes to us eminently qualified and with much experience in priestly formation," said Archbishop Aymond. "I am very pleased to make this appointment and thank him for his willingness to take on this new role and important ministry of priestly formation at Notre Dame Seminary."

The current rector, Father James Wehner, was offered another 5-year term during its Spring 2021 meeting. But after consultation with his bishop and colleagues, it was decided that new leadership would be best.

Father Rodrigue is from the St. Charles Community in Thibodaux. He is an E.D. White graduate. He was ordained as a priest in the Diocese of Houma-Thibodaux in 2002.

Following his Ordination, Fr. Rodrigue returned to Rome for his last year of studies to complete the licentiate degree in sacramental theology. After returning to the Diocese of Houma-Thibodaux, Fr. Rodrigue served in the diocese as Associate Pastor at Holy Cross in Morgan City, Pastor at St. Anthony of Padua Church in Bayou Black and Rector at the Cathedral of St. Francis de Sales in Houma.

"I express my profound gratitude to Archbishop Armond and the Board of Trustees for their confidence and trust in appointing me Rector of Notre Dame Seminary," Father Rodrigue said. "I am also grateful to Bishop Fabre, my Ordinary, for his generosity in allowing me to continue working in seminary formation."

Read the full announcement below: 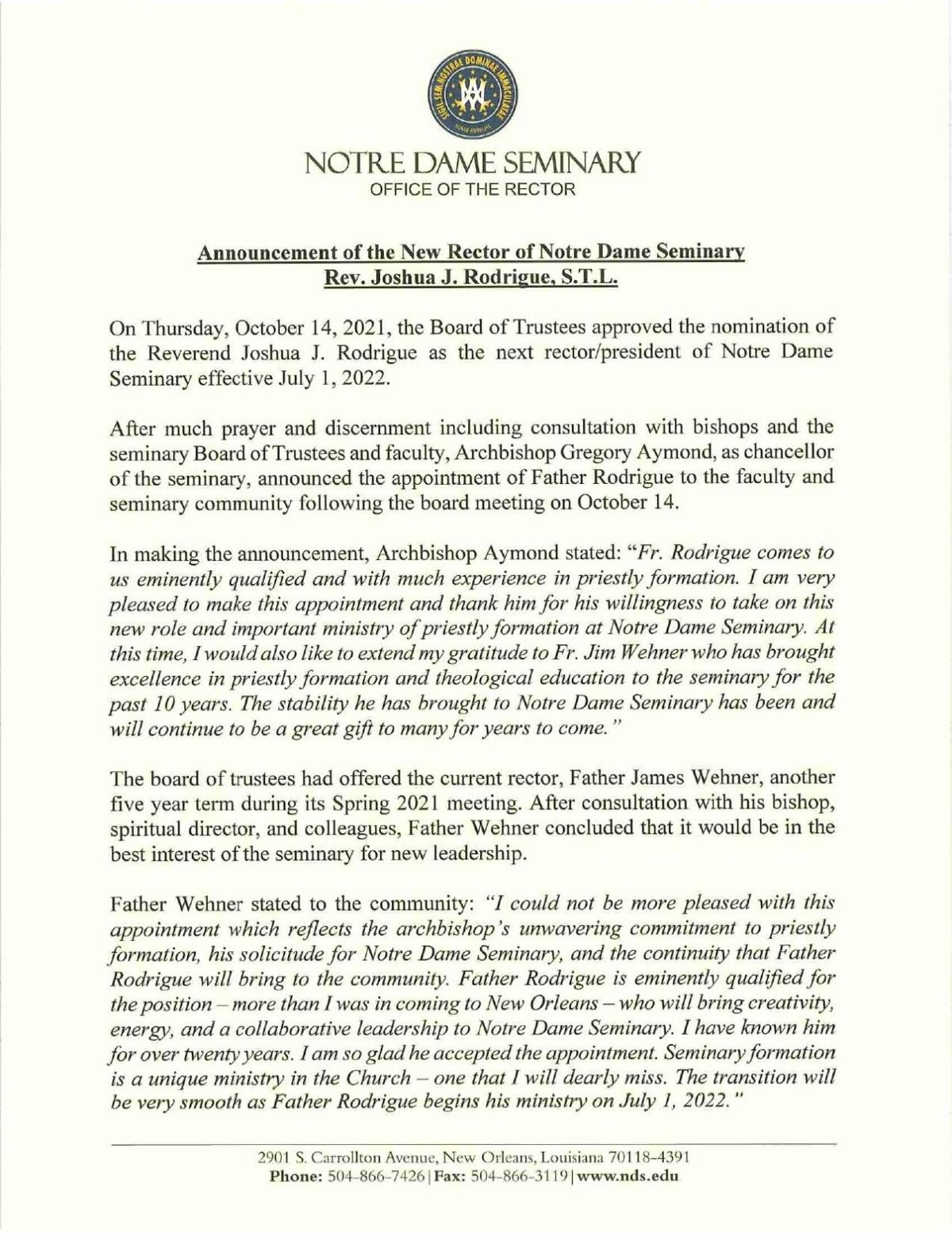